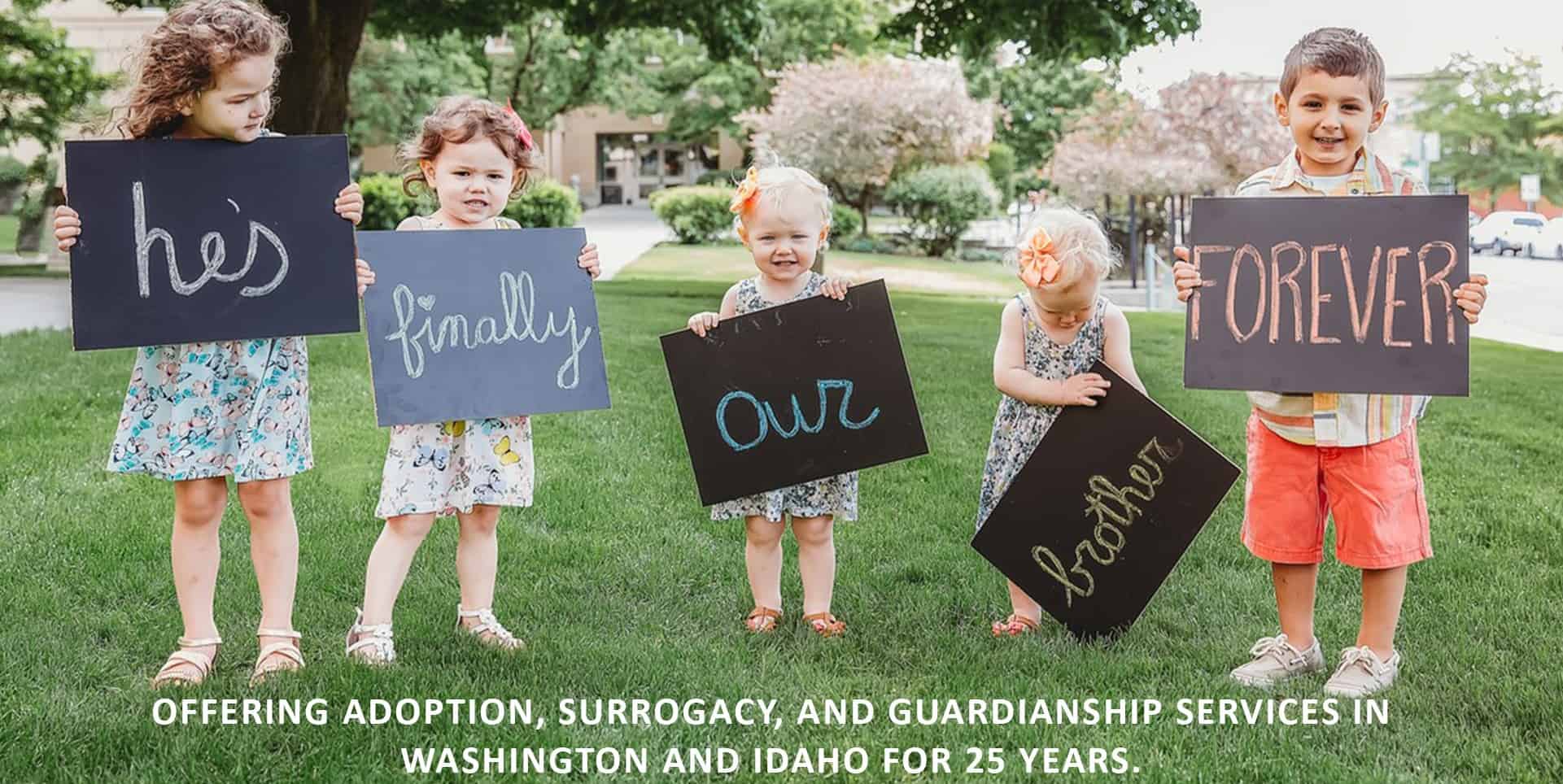 Adoption is a loving option chosen by women facing an unplanned pregnancy. We offer psychological, emotional, and financial support for expecting mothers. Loving and caring families hoping to adopt on our website have approved home studies. We hope to walk with you on your adoption journey.

Featured Adoption of the Month 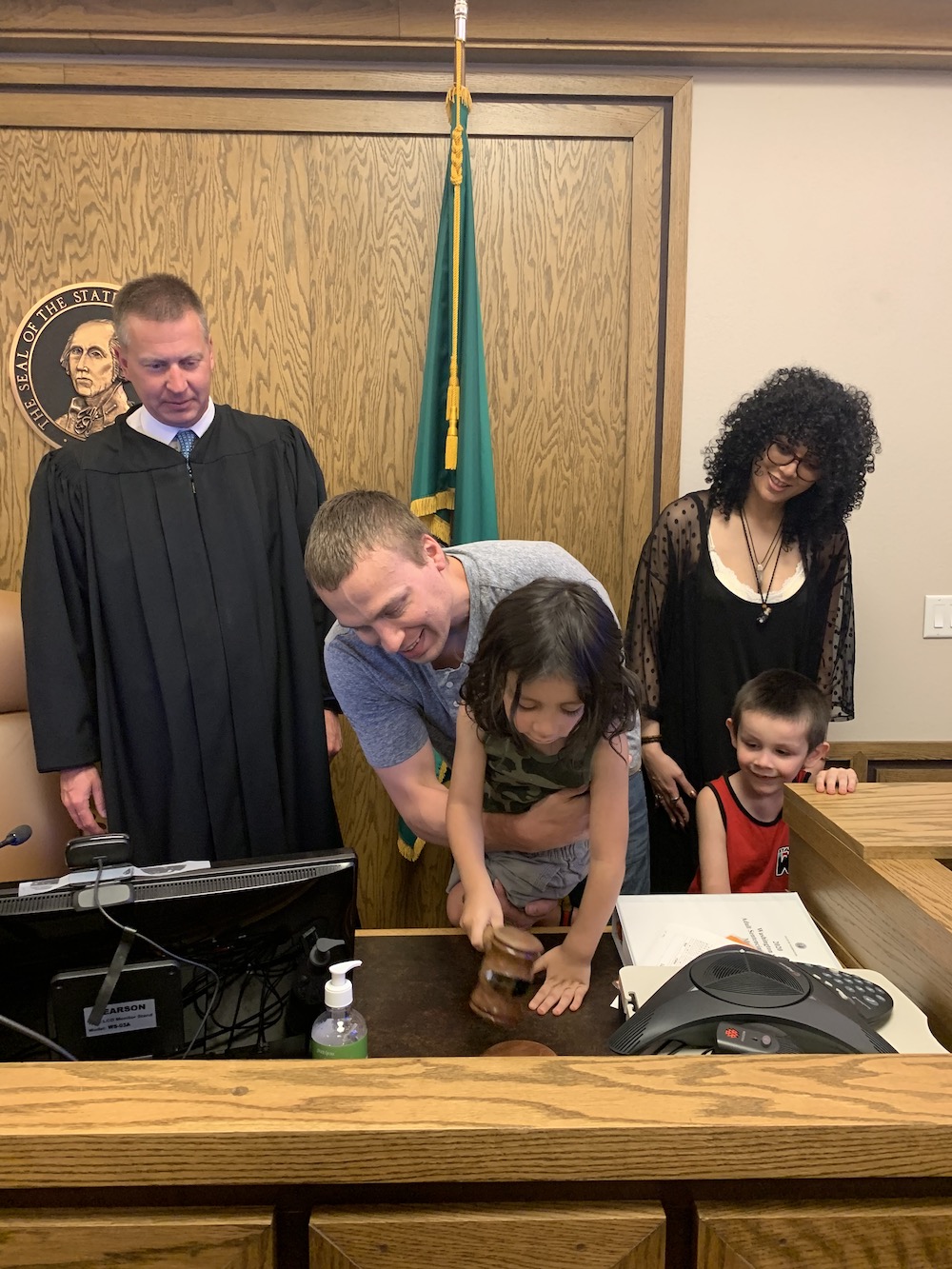 Well, here we are again! This time the adoption was for Boston, our oldest and Jaxtyn’s biological half-brother. They are both my cousin’s kids. Except Boston was sent to live with other family, in hopes he would be taken care of. Unfortunately, that was not the case. Boston endured 3 years of physical and mental abuse. His living situations were also very poor and he rarely had supervision.

We got involved right after he turned three years old in April 2018. We had been talking with his previous legal guardian about plans for him to get to my husband and I. When we were finally able to gain custody of him, we quickly realized that Boston had a lot of trauma, a lot of pain and trust issues. But the moment I got him I knew he was meant to be with us.

I took the steps and contacted his social worker in California and advised her of what happened (his guardian brought him across state lines and gave us custody). Once I had everything situated, I went down to the courthouse and filed for an Ex Parte Guardianship. Once I had that completed, we worked with his lawyer in Nevada to get the adoption completed. Unfortunately, that took almost two years for them to declare the birth mother too had abandoned him.  We were then able to proceed with the adoption. At that time, we moved from Nevada back up here to Spokane. Since Mark and his team worked so hard for our family with Jaxtyn’s adoption we naturally chose them to complete the final stages of Boston’s adoption.

Mark and his team truly care about you and make you feel like family. I’m beyond grateful to him and his team for all the hard work they have done for my family. 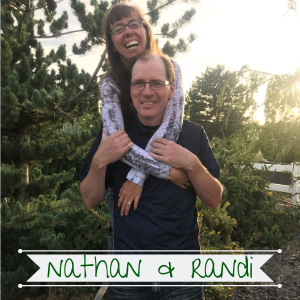 Hello! We are Nathan and Randi. We have been happily married for 10 years and have a 4 year old son. Please know that your child is wanted and already loved beyond words. If you choose us to raise your unborn child he or she will be getting two loving parents, one big brother and all the love and opportunities he or she could ever want. Your child will grow up in a safe and loving home enjoying lots of trips to the park and library and plenty of family time. Your child will always be loved and know that adoption is a wonderful and beautiful thing done out of love. Your child will also always know they are loved, special and important just the way they are.
We love being parents and are looking forward to sharing our love with another child. Please visit our website to get to know more about our family.www.nathanandrandi.com

Adoption of the Month

What Our Clients Say